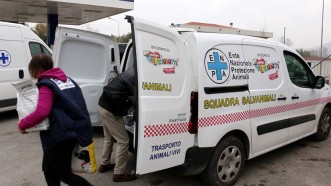 Since 2013 we have been helping, with medicines and various equipment, animal protection organisations such as Spas, Humanimal, and obviously, Sapa u srcu – Zampa nel cuore and Prijedor Emergency.

Home EN | About Us | Enpa in Bosnia | Enpa’s missions in Bosnia and Herzegovina | Help us: donate now! | Ina e gli altri (it) 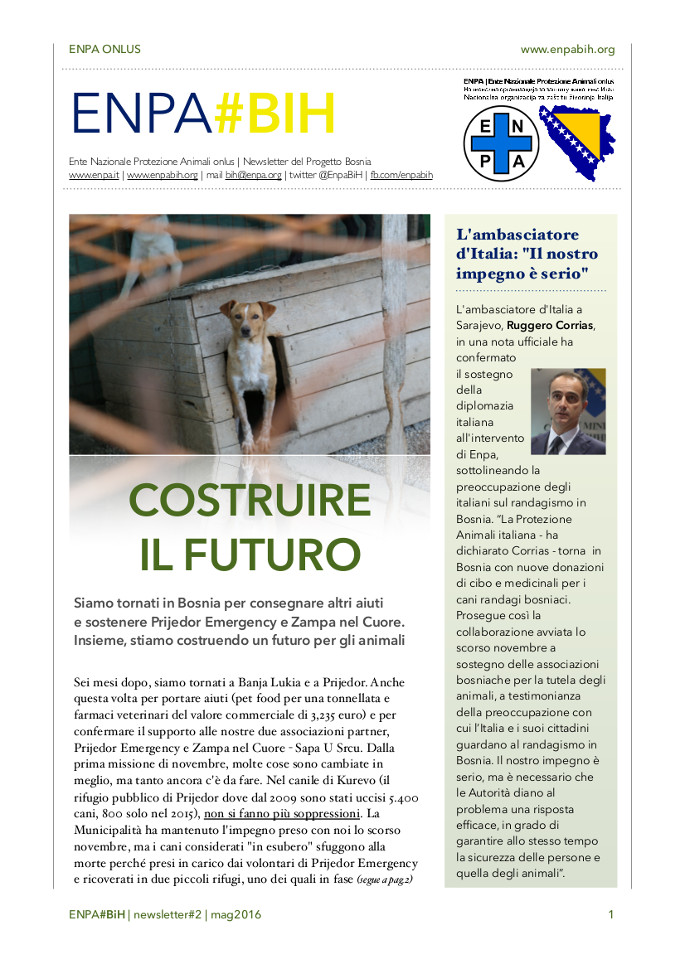 [en] Enpa BiH. Is a project conceived by Enpa Onlus to help and assist animals in Bosnia and Herzegovina |